“Inspiration is a funny thing.”: Interview with Hamsterdamm Composer,…

A chance message sent our way on our Twitter account, led to a creative working relationship with Will Dodson, composer for film, television, and gaming. He’s a busy guy! But he took some time out of his schedule to talk with us about his inspiration as a game composer, and what he’s most excited about for Hamsterdamm.

Check out our convo!

What got you started in the video game music composing business?

I’ve been a composer since 2007, and since then I’ve had the opportunity to write music for many different forms of media. This includes films, documentaries, themed attractions, escape rooms, interactive media, as well as radio dramas, podcasts, and stand-alone instrumental album releases. However, l recently made the transition to game music, almost exclusively.

What inspires you in the music creation process?

Inspiration is a funny thing. Occasionally, something as simple as the rhythm of my car’s wiper blades can inspire a new musical idea. Other times it can be a more thought-out process. I do find that the best ideas come quickly.

What is your favorite video game music genre?

This is a hard question! If I really have to pick just one genre, it’s the original NES music, specifically Mario Bros. 1-3, and The Legend of Zelda series. Anything Koji Kondo touched is a work of undeniable genius.

Our team is small but full of inspiration, and every person is really trying to create something unique…

What drew you to the Hamsterdamm project?

I love what Nerdy Bear stands for, and the projects in development are absolutely fascinating. When I read the description for Hamsterdamm, and saw that one piece of game art, depicting the game’s lead character, I knew I had to work on this game.

What are you most excited about regarding the Hamsterdamm soundtrack?

The possibilities. To have the opportunity to bring this type of sound to a game like this is super exciting for me. Our team is small but full of inspiration, and every person is really trying to create something unique and special with Hamsterdamm.

To hear more about Hamsterdamm, and Will’s ideas for the music, sign up for our email list to receive our next newsletter!

What other types of projects have you worked on?

I would argue that game music has contributed as much to the arts as film music has, at this point.

What has been the most rewarding thing about working in this industry?

The people. Game people are almost always incredibly talented, endlessly inspired, and focused on doing something cool. When you link up with the right dev, you’re simply making games with your friends. What could be better than that?

Why do you feel that music has such a profound impact on gamers?

Oh man….when done right, it can be that final layer of icing on an incredible immersive experience. I would argue that game music has contributed as much to the arts as film music has, at this point. I’ve never met a person who doesn’t get warm nostalgic feelings when they hear Kondo’s Mario theme, or Tetris, or Final Fantasy, or Zelda…the list goes on and on. Music is the heart and soul of many classic games.

Where can people connect with you online and find your work? 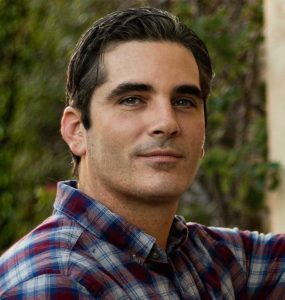 We asked Will a couple of more questions specifically related to Hamsterdamm, its development, and how he plans to bring creativity to the music used. We will share that awesome part of the convo in our next newsletter.